“We established the Coalition nearly a year ago to create a movement for business action on climate change. Over that time we’ve grown from 60 to 100 signatories and continue to gain the momentum we need to help transition New Zealand to a low emissions economy,” Coalition convenor and Z Energy Chief Executive Mike Bennetts says.

Together the Coalition now represents 60 per cent of New Zealand’s gross emissions, employs nearly 180,000 people, and makes up more than a third of private sector GDP.

“The leadership shown by Coalition signatories is helping others make faster progress on a range of issues including reducing emissions from transport, process heat, waste, and supply chains. It’s also become a community for organisations to collaborate on topics including adaptation and innovation,” Mr Bennetts says.

The Coalition’s 100th signatory, LIC, is a farmer-owned agritech and herd improvement co-operative which supplies genetics to breed about 80% of the national dairy herd, diagnostic testing, farm software and automation technology.

Chief Executive Wayne McNee says they joined the Coalition because the co-op is committed to playing its part to reduce emissions and take action on climate change.

“As a co-operative with 10,300 dairy farmer shareholders, we understand the role we can play in driving positive change with collective action on climate change.

“A core part of our business is providing farmers with superior genetics, and through this work we’re aiming to drive sustainability improvements and reduce emissions on-farm.”

EMBARK is designed to empower business action on climate change. For more information and to register visit www.embark2019.nz

Media wishing to cover the EMBARK event and CLC’s first anniversary should register their attendance by emailing rcox@businessnz.org.nz

The Climate Leaders Coalition was established in July 2018 with 60 original signatories, including some of New Zealand’s largest businesses. By signing up to the Coalition, signatories commit their organisations to measure their greenhouse gas emissions and publicly report on them; set a public emissions reduction target consistent with keeping within 2 of warming; and work with suppliers to reduce their greenhouse gas emissions.

More information on the Climate Leaders Coalition, including a full list of signatories, is available at www.climateleaderscoalition.org.nz 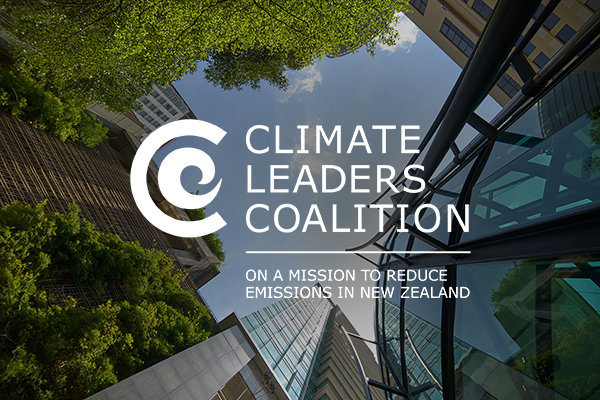 CLC PR: ERP marks zero carbon milestone for NZ – Now we must deliver it together

Mike Bennetts, Z Energy Chief Executive and CLC Convenor says the action taken now will be vital in determining the success of New Zealand’s transition to a zero-carbon economy.